In memory of Amit Sengupta who passed away on November 28, 2018 Amit Sengupta was a member of the International Council of the WSF, whose participants express the deepest condolences to the family and to his organization, People’s Health Movement (PHM) , reproducing here its Memory Tribute. 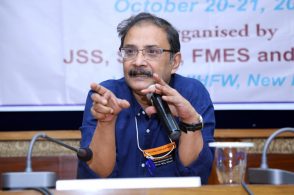